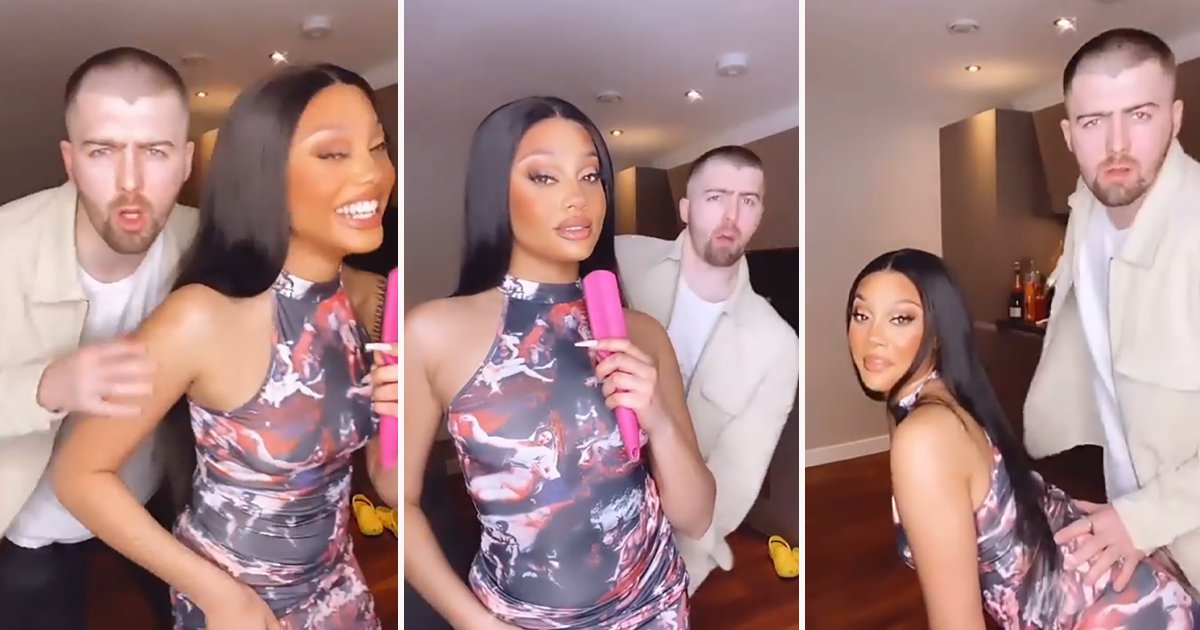 Gogglebox star Tom Malone Jr and his girlfriend Bryony Briscoe are clearly a couple who know to have fun judging by their latest TikTok.

The couple kept themselves entertained in lockdown by dancing to Shabba Ranks’ Mr Loverman and let’s just say you’ll definitely feel like a third wheel.

Bryony takes centre stage at first miming along to the classic bashment track into a hairbrush before Tom pops up behind her.

From that point on, pure hilarity ensues as Tom jokingly shoves Bryony out of the camera to take the spotlight before the couple share a whine.

Tom’s followers were loving the moment just as much as the couple themselves, with Hollyoaks actress Rachel Adedeji commenting: ‘I am dead!! 😂😂 you and your lady are🔥😍.’

‘😂😂😂 this is a vibeeeee,’ one fan laughed as another said: ‘You pair have just made my day. Thank you.’

‘You two are fabulous👊🏽💯🔥❤️🙌🏽,’ another follower praised.

Fans were no doubt pleased to see Tom and Bryony in good spirits after the couple opened up about the racial abuse they’ve received as an interracial couple.

Bryony added: ‘Wannabe slave, that’s another one. I also get people telling me not to date outside my race, but they don’t realise that I am mixed race.

‘Then when they realise that then it’s “Well, you are what your father is” so then I become white, so what is it?’

Laughing off the trolls, Tom stated: ‘At the end of the day just be with who you wanna be with and be happy because these people aren’t even brave enough to have their own name or faces on their account.

‘So just p**s them off even more by being happy because that’s the biggest middle finger.’

Tom and Bryony have been dating since early 2020 and moved in together in December.

MORE : Sacha Baron Cohen questioned why he was making Borat 2 as he had to wear bulletproof vest and avoid coronavirus

Myleene Klass had a miscarriage while presenting her radio show

Who is Sausage on The Masked Singer? All the clues you need to know