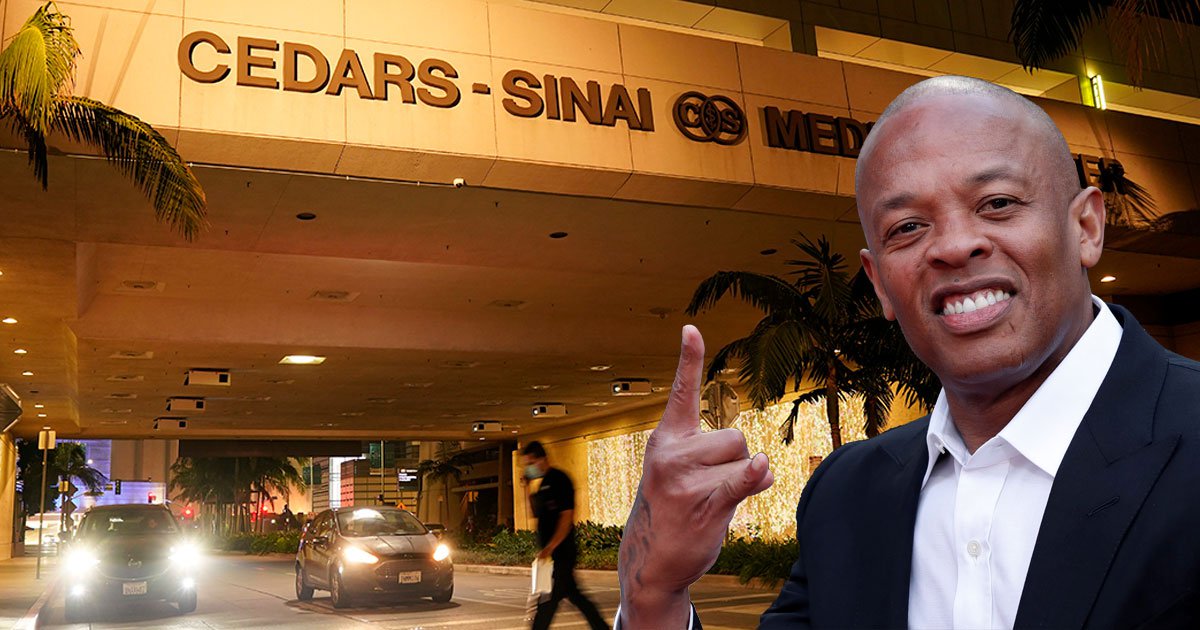 Dr Dre said he is ‘doing great and getting excellent care’ following reports he has suffered a brain aneurysm.

Dr Dre, whose real name is Andre Young, shared an update on Instagram, thanking fans for their support and promised to be home ‘soon’.

‘Thanks to my family, friends and fans for their interest and well wishes,’ he wrote.

‘I’m doing great and getting excellent care from my medical team. I will be out of the hospital and back home soon. Shout out to all the great medical professionals at Cedars. One Love!!’

After news broke that the rapper was in hospital, Ice Cube, Dr Dre’s close friend and former NWA bandmate, tweeted a picture of the pair together.

‘Send your love and prayers to the homie Dr. Dre,’ he captioned the photo.

Snoop Dogg, another close friend and key figure on the early 1990s hip-hop scene, also shared a message of support on social media.

He wrote on Instagram: ‘GET WELL DR DRE WE NEED U CUZ.’

Dre was a key figure in the early 1990s West Coast hip-hop scene, rising to fame in the late 1980s as part of seminal gangsta rap group NWA.

He launched a successful solo career with 1992 album The Chronic and is a renowned record producer.

Dr Dre was instrumental in the careers of Eminem and 50 Cent.

He is currently locked in divorce proceedings with estranged wife Nicole.

Nordstrom End-of-the-Season Sale: Up to 60% Off Free People, Ugg, Madewell and More

Nurse and Paramedic Get Engaged While Getting COVID-19 Vaccine