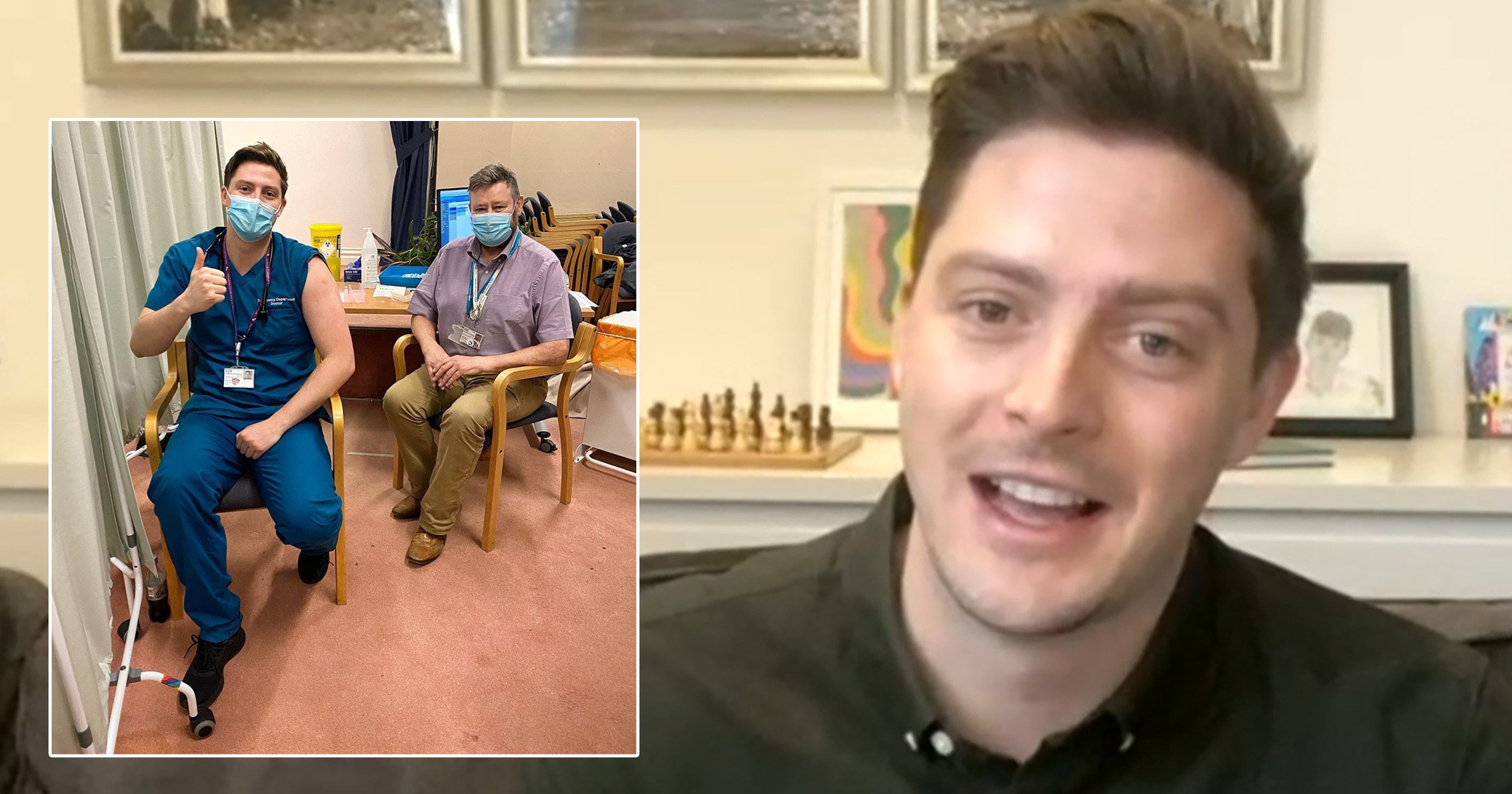 Dr Alex George came over all emotional as he revealed to fans that he’s had the coronavirus vaccine.

The Love Island star has had a tough year working for the NHS, while keeping his social media followers as best informed as he could about Covid-19 throughout the pandemic.

Taking to Instagram on Wednesday, Dr Alex revealed he’s now had his first jab, as he shared his relief over finally feeling like there is ‘light at the end of the tunnel’, now the vaccine is being rolled out across the country.

Alex shared a picture of himself after having the injection, where he was seen giving a thumbs up while wearing his hospital scrubs and a face mask.

He wrote alongside his snap: ‘I HAVE HAD THE VACCINE!! We have all been hoping for a vaccine ever since this virus appeared. Felt quite emotional having the jab, it has been a hard year!’

‘I am so glad there is light at the end of the tunnel. Huge thanks to Chris, one of the hospital pharmacists, for giving me the injection and to everyone working so hard to roll this out,’ Alex continued. ‘It was a quick jab then back to work for me!’

‘Full disclosure I was given a star sticker for having the vaccine and being a good boy,’ he teased, before signing off simply with: ‘Onwards 💙.’

It comes after Alex warned fans that the coronavirus crisis is ‘at least as bad’ as it was in March last year, from his experience working in a hospital in Lewisham.

Alongside a photo of him wearing full PPE, Alex urged his followers to take precautions, as he explained: ‘Guys things are pretty rough at the moment. I would say at least as bad as March in the hospital. We need to brace ourselves over the next few months and make sure we are each doing our bit.

‘We will get through it but at the moment it’s time for us all to focus and do our best to control the spread.

‘Big thanks to everyone as always, this isn’t easy but we will beat this virus and navigate to better times.’

Since then, England has been plunged into another national lockdown by the government, with schools being closed once again.

Restrictions were tightened in response to a new variant of Covid-19 that is rapidly spreading and thought to be 50% to 70% more transmissible.

The total number of coronavirus cases in the UK has now surpassed 2.7million, while the number of deaths recorded has exceeded 76,000.

Robbie Williams ‘tests positive for coronavirus and is quarantining in Caribbean’

HBO ratings plummet after Game of Thrones ending: Will prequel House of the Dragon...

The Serpent: The story of the real-life hippie trail killer Charles Sobhraj

Heather Morris leads Glee cast as they remember Naya Rivera on her birthday: ‘I...

J.Lo Arrives in Washington D.C. Ahead of Biden Inauguration in Chic...

Jill Biden Looks Stunning in Purple Outfit Ahead of the Inauguration