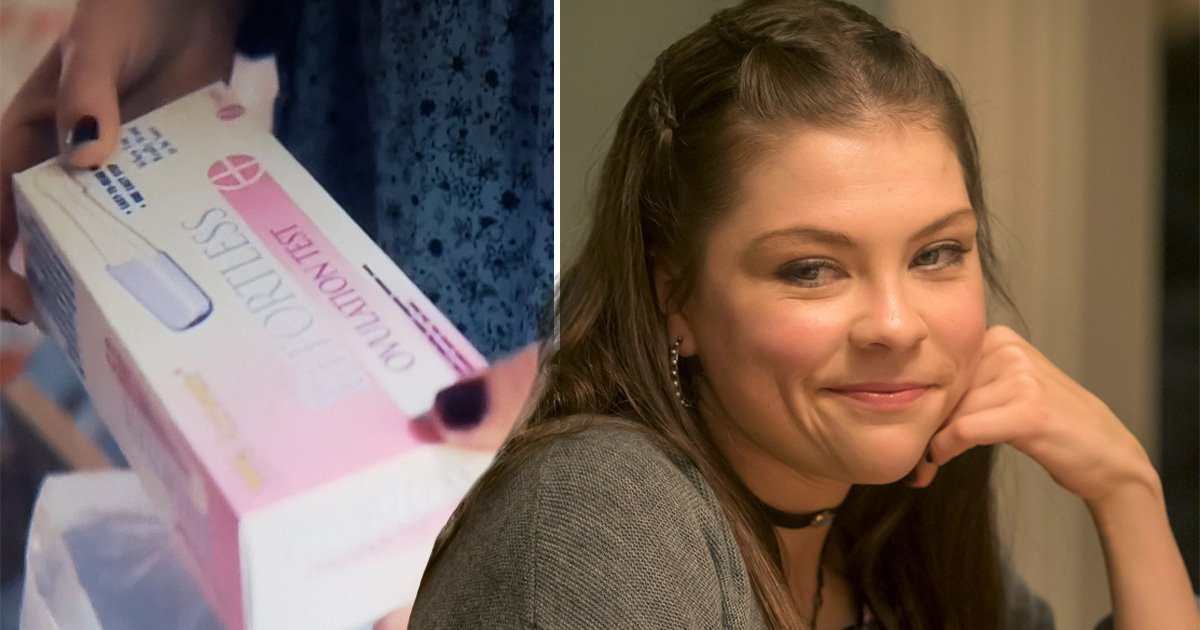 This Is Us producers have held their hands up to a mistake that fans spotted in a recent episode during season 5.

In the November episode, which aired before the NBC drama’s winter break, teenage Kate Pearson (Hannah Zeile) took a pregnancy test that turned out to be positive.

However, eagle-eyed viewers noticed that Kate was actually holding a box that read ovulation test on the packaging.

For those who don’t know, ovulation tests are often used to help women get pregnant by letting them know when they are about to ovulate and indicating the best times to try to conceive.

One fan tweeted: ‘Not to be THAT guy but Kate’s pregnancy test on This Is Us was in an ovulation test box and those are VERY different products.’

Another viewer wrote: ‘A This is Us fan page over on facebook is wondering this. Was the test teen Kate was holding supposed to be an ovulation or a pregnancy test?’

Speaking to Entertainment Weekly, producers confirmed it was an error and explained that the mistake slipped through due to the constraints of filming and editing a show amid the ongoing Covid-19 pandemic.

Executive producer Isaac Aptaker explained: ‘As soon as we saw that people were misinterpreting, of course it drove us crazy. So let the record officially show: That was [meant to be] a pregnancy test box.’

Aptaker stated it was ‘a casualty of how absolutely impossible it has been to make television this year.’

‘Despite the dozens of people who stared at that scene countless times before it went to air, we were all just so fried from all of the Covid [filming conditions] that we missed that one,’ he added.

Executive producer Elizabeth Berger told the publication that the mistake ‘can [be chalked] up to Zoom editing.’

She continued: ‘Usually we’re all in a bay together looking at these giant monitors. And this is the one where we were like, “Ah, if we had just been there, someone would have seen it!” But everyone is just working so hard around the clock under these crazy circumstances”.

‘And every once in a while, you’re going to have an ovulation test when you wish you had a pregnancy test box.’

This Is Us continues Tuesdays on NBC in the US, while it is available to stream on Amazon Prime in the UK.

MORE : Lord of The Rings on Amazon Prime Video appears to wrap up filming: The most expensive series of all time is incoming

Sofia Helin: ‘There was no running water, so we had to wash in the...

Fearne Cotton ‘cried her eyes out’ after quitting Radio 1 to focus on her...

Death in Bollywood: What happened to Jiah Khan?