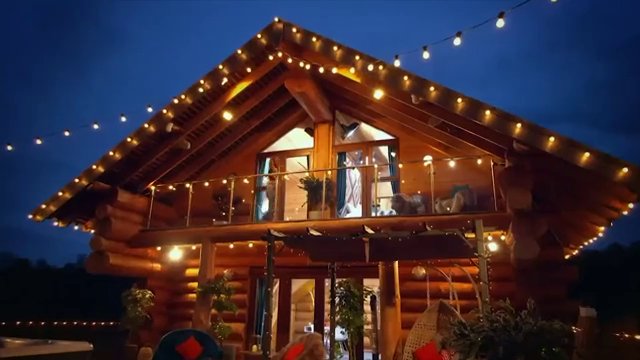 The Cabins – which some might say is pretty much the winter version of Love Island – will no doubt have left many viewers yearning for a cosy cabin staycation of their own.

Could it be possible, when the national lockdown has eased, to stay in the exact cabins where the series is filmed?

Where is The Cabins filmed?

While ITV hasn’t disclosed the exact location where The Cabins is filmed, the broadcaster has given a few hints.

The company previously stated that those taking part in the programme would be staying in cabins ‘nestled in the UK’.

Despite this extremely broad piece of information, ITV recently provided a further clue as to the location of the production, telling The Mirror that filming took place in England.

As to whether members of the public can book to stay in one of the three cabins on the show on Airbnb, that is yet to be confirmed.

Nonetheless, some have speculated that the filming location for The Cabins could be at Hidden River Cabins in Cumbria, with a photo of one of the cabins on Instagram bearing a strong resemblance to one featured on the ITV series.

The website for Hidden River Cabins currently states that it is available for bookings for people working in the area.

How does the dating show work?

On The Cabins, singletons are given the opportunity to stay in one of three cabins with potential suitors for at least 24 hours.

During that time, they have a luxurious hot tub at their disposal, in addition to board games, a fully-equipped kitchen and more to enjoy.

At the end of the 24 hours, they must decide whether they wish to spend more time with each other.

Probably makes a nice break from endlessly scrolling on Hinge!

The Cabins returns tonight at 9pm on ITV2.

MORE : The Cabins is no Love Island – but its LGBT+ inclusion should be praised

MORE : The Cabins: What is it, who is narrating the ITV2 show and who is in the cast?