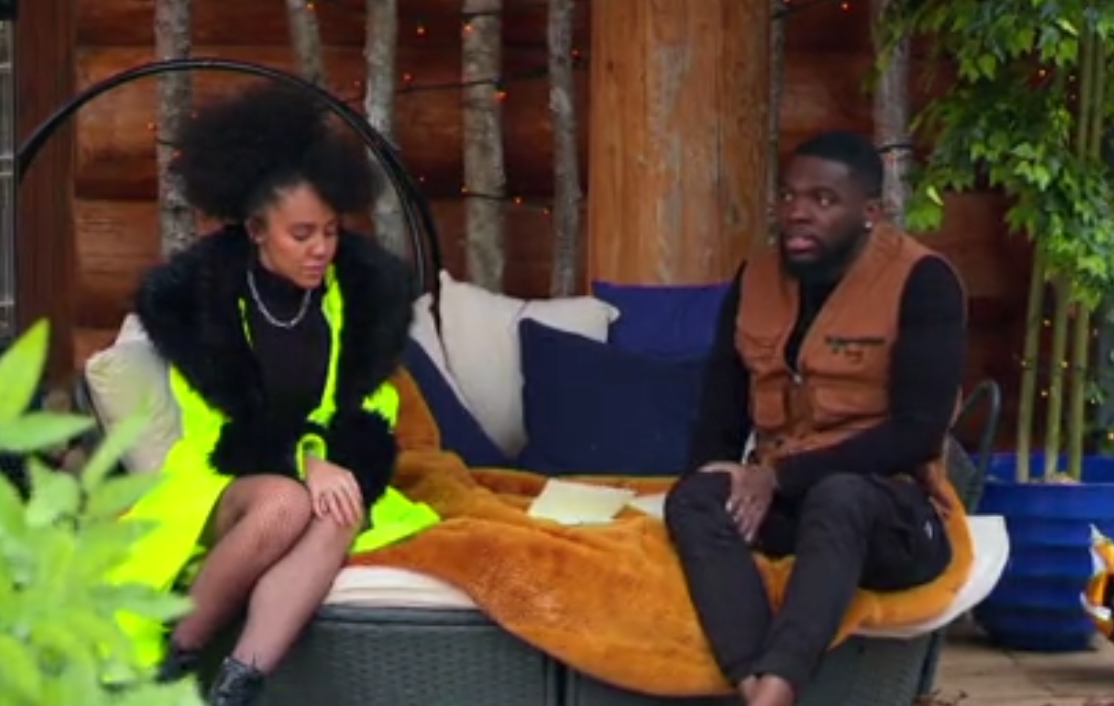 The Cabins saw the first couple to be booted off the series tonight after they failed to find a romantic connection.

Sofia and Abraham, both 21, were a firm favourite during the premiere episode with viewers swooning over their cute interactions.

However, that changed by the following night as Sofia grew frustrated with their lack of progression, bearing in mind they have 24 hours to see if there’s an attraction.

After an awkward date where Abraham farted in front of her, Sofia broke down in tears during a phone call to a friend, explaining that she was getting mixed signals from him.

On the one hand Abraham shed tears when Sofia opened up about her father who has a brain aneurysm but on the other, he suggested he was happy to not have a girlfriend at the moment.

Abraham told her: ‘I’ve really enjoyed our time at The Cabins so far. I’ve learnt a lot about you. I need to say you’re very good looking. I thought I would just start off by saying that.

‘The fact that your personality matches, I feel like I’ve just won the lottery. I think me complimenting you does bring out that smile. I like that a lot.’

During their heart-to-heart later, Abraham stated: ‘I definitely just want to give it time and I don’t think that’s something you completely agree with.’

However, Sofia interrupted and said: ‘Any doubts for me with this whole experience, do you think it feels like it is a little bit of exposure?

Don’t get me wrong, it is. If you were brutally honest and said this would help me get out there, that is fine but sometimes you have to think about the other person’s feelings like have they genuinely actually come in here to find someone or have they done it as a career move?’

‘With raw emotions, my dad’s obviously very ill and that’s quite hard. If someone was faking it…,’ she added while holding back tears.

Sofia continued: ‘I don’t want to make it out like you’re a horrible person but it’s just hard if someone was fronting it a little bit.

Abraham explained that he ‘understood about the fronting thing’ because he went ‘over-the-top’ during karaoke trying to make her laugh.

The pair ended on friendly terms and shared a hug before leaving the cabin separately.

It wasn’t a disappointing outcome for all the couples as  Tom and Olivia and Sarah and Charlotte shared their first kisses.

The Cabins airs weeknights at 9pm on ITV2.

MORE : The Cabins airs first kisses as couples Sarah and Charlotte and Tom and Olivia pucker up

MORE : The Cabins: Where is ITV dating show filmed and is it on Airbnb?