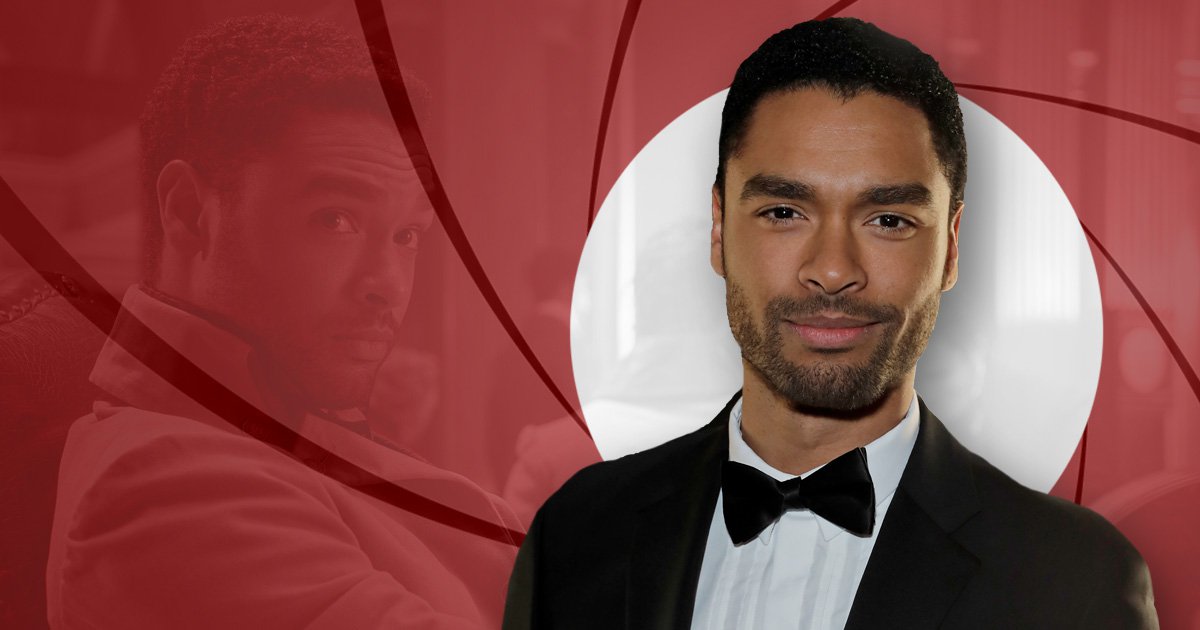 He’s charmed Netflix viewers binge-watching Bridgerton over Christmas and now Rege Jean-Page could be set to enchant the masses as the next James Bond.

The 31-year-old actor has soared to prominence starring as the Duke of Hastings aka Simon Basset in period drama Bridgerton.

His performance has been so impressive that fans are now campaigning for him to replace Daniel Craig as 007.

Interestingly, it seems Rege might have pre-empted calls for him to become the next Bond, as he posted a tweet fuelling speculation days before the show hit Netflix.

Alongside a short teaser of him as the duke, Rege wrote on December 16: ‘Regency, royalty. Shaken and stirred,’ in reference to Bond’s beloved martini.

It’s sent the bookies into a right tizz with Ladbrokes slashing the odds of Rege stepping into the British spy’s tuxedo from 40/1 to 16/1 as popularity around his Bridgerton performance mounts.

Rege is now more likely to be cast as James Bond than Chris Hemsworth and Jamie Bell and just as likely as Michael Fassbender.

Alex Apati of Ladbrokes said: ‘Rege-Jean Page has shot up the betting and is now firmly considered a frontrunner in the race to replace Daniel Craig as 007.’

Fans are throwing their weight behind the campaign with one Bridgerton viewer tweeting: ‘Watching Bridgerton and thinking that @regejean would make a brilliant new James Bond.’

‘I binged watched the whole series in one day! Spell bound! @Rege-Jean Page would make an excellent James Bond!’ another agreed.

Even husbands have been getting involved with one man tweeting: ‘My wife has (ahem) Rege Jean Page as the next James Bond… Not a bad shout.’

Another joked: ‘If @regejean is the new James Bond… I’ll actually watch a James Bond.’

Comparing Rege’s personality traits to the spy, one said: ‘Surely the next James Bond is @regejean . He has the sophistication, suave looks and the playfulness in his twinkly eyes.’

Rege is just the latest name to be thrown into the ring with Idris Elba and Tom Hardy among the top favourites.

Daniel, who is the longest-standing James Bond, will make his last ever appearance as the spy in the upcoming No Time To Die which is set for release this spring.

Bridgerton is available to watch on Netflix.

What happened at the Capitol shows white privilege in plain view

Love Island’s Zara Holland will appear in court in Barbados after being charged with...