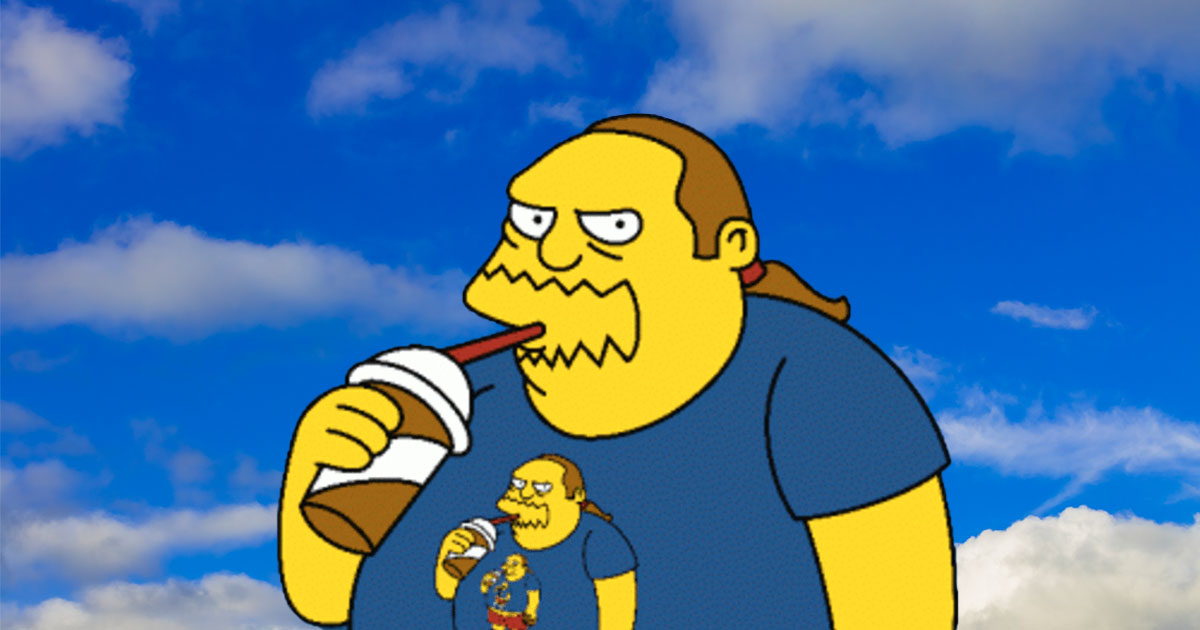 The Simpsons is finally giving Comic Book Guy an origin story and it could be the best. idea. everrrrr.

The character, who is voiced by Hank Azaria, and has become a fan favourite over his 32 seasons in the comic book sitcom and frequent future predictor.

But he’s finally coming out from behind the counter of his comic book store, putting down that Slurpee and heading into the real world.

In next week’s episode, The Dad-Feelings Limited, Comic Book Guy and his wife Kumiko start considering moving on to the next big life moment – whether they should try for a baby.

After bonding at a trivia night, the couple seek the advice of the most well-known Springfield parents, Homer and Marge, over their choice.

As part of this, viewers will finally see his ‘awesome’ origin story.

We can’t wait to see what they come up with.

The Simpsons has had some of its best celeb guest stars yet, including Olivia Colman playing a femme fatale role who goes after Homer.

There’s definitely a British invasion to the 32nd season of the show, with Stephen Fry and Sir Michael Palin also set to make guest appearances.

The Simpsons is available on Disney Plus.

MORE : The Simpsons fans joke show made another ‘prediction’ as ‘tier five’ trends

My favourite games of the outgoing generation – Reader’s Feature

Demi Lovato to Share Details of Her 2018 Overdose in New Docuseries ‘Dancing With...