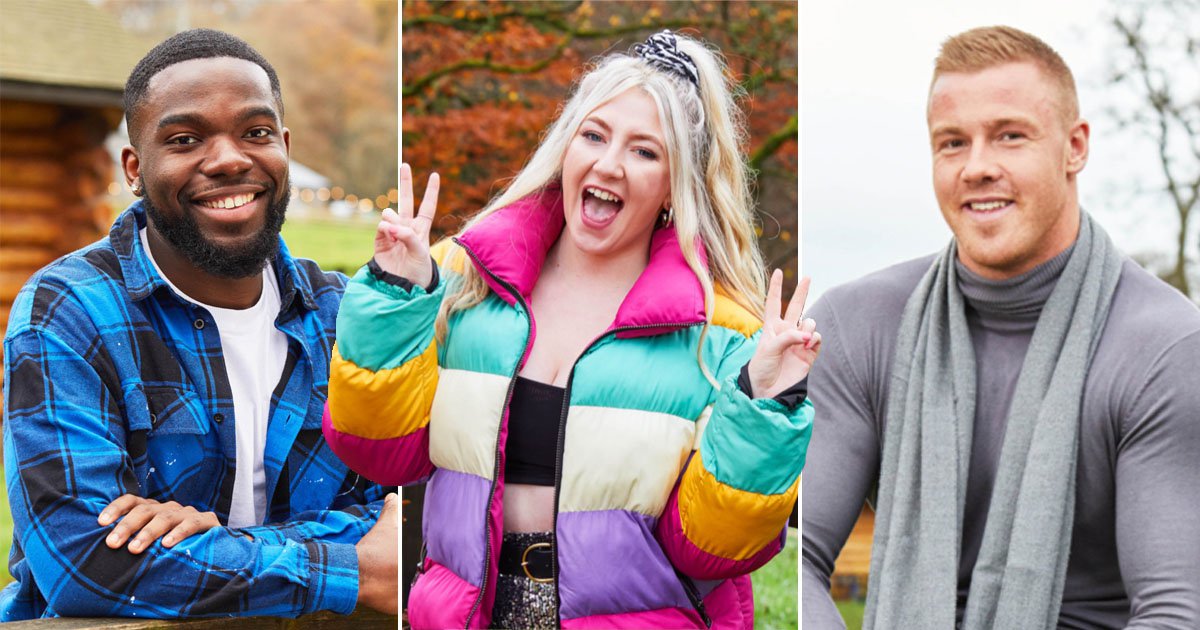 2021 has only just started, but we may be about to discover our first TV obsession of the year with The Cabins arriving on ITV2.

The new dating show could be about to fill the Love Island-shaped hole in our lives after it was cancelled due to the pandemic earlier this year.

The show focuses on 10 singletons looking for love, enduring some of the most intense dating experiences ever seen on TV.

The show unveiled a first look at the cosy cabins and the contestants recently, and with lockdown threatening to keep us all inside for the time being, this could be the show we’ve all been after.

Here’s everything you need to know about the new series.

What exactly is The Cabins?

The Cabins is a brand new dating show, which bears a striking resemblance to the UK’s favourite dating show Love Island – only, if the sun-kissed villa was swapped out for a series of ski chalet-style cabins.

The premise is simple. Singletons taking part in The Cabins will spend 24 hours with potential matches in an effort to figure out how compatible they are, deciding at the end whether or not they wish to spend more time together.

After spending a whole day together in their new surroundings, couples must decide if they are ‘lovestruck or lovelorn’ as they look to find a new partner.

The ITV synopsis reads: ‘Nestled together in their intimate cabins, the singletons will have quality time to really get to know their date. From heartfelt moments or declarations of love, to awkward silences and difficult dating conversations, viewers will be able to follow all the antics and find out if the sparks fly or quickly fizzle out.’

Who is narrating The Cabins?

There could be a rival to Iain Stirling’s crown, with comedian Maisie Adams taking on voiceover duties for the series.

The stand-up previously won the Best Newcomer award at the Edinburgh Comedy Awards and has appeared on shows like Mock The Week. She’ll be commentating on the action and bringing a unique take on the scenes unfolding before us.

Meanwhile, it’s also been confirmed that Clara Amfo is presenting the show’s spin-off series Out of The Woods after impressing during her time on Strictly Come Dancing.

Speaking about the show, Clara said: ‘Human connection will never not be fascinating to me and millions of others. As a nation, we’re obsessed with seeing how people fall in and out of love and everything in between.’

Who is taking part on The Cabins?

ITV2 recently revealed the 10 singletons taking part in the dating show, with fans already speculating who could be fixed up with who.

From football players to make-up artists, tattoo apprentices and bin men, there’s a whole host of eclectic characters looking to mingle on the programme. See the full line-up here.

When does The Cabins air on ITV2?

The Cabins begins on January 4 and will air weekdays on ITV at 9pm. It will also be made available to watch on ITV Hub.

MORE : Meet the cast of The Cabins as it starts on ITV2

The Voice UK: Two best friends compete against each other in blind auditions –...