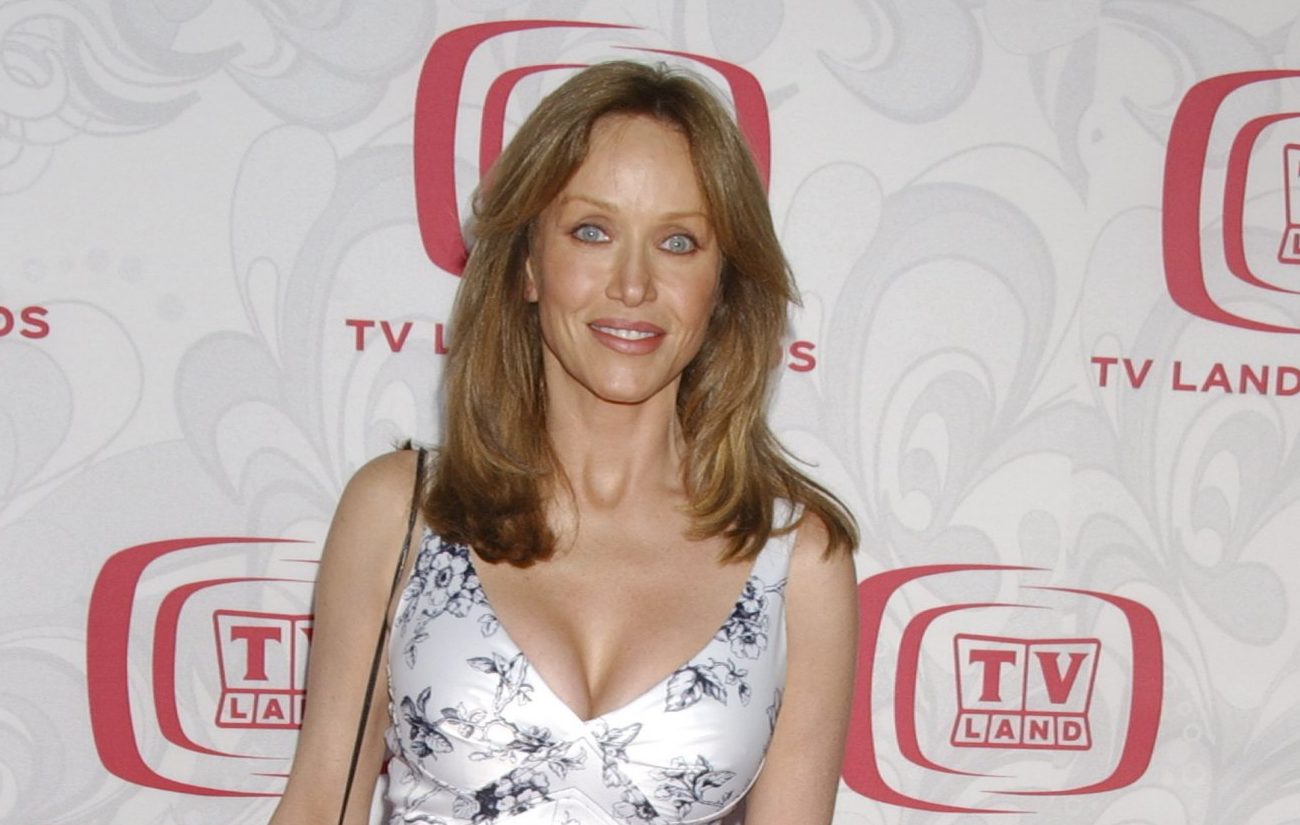 The final social media post of Tanya Roberts was a positive look ahead to 2021, just a day before the Charlie’s Angels and James Bond star died aged 65.

It was announced the actress, who played Stacey Sutton alongside Sir Roger Moore in A View To A Kill, died on Sunday after collapsing on Christmas Eve.

Over the weekend a post was shared to Tanya’s Instagram page which was of a shower scene Sir Roger and Roberts shared in the 007 classic.

Her caption was one of positivity, despite the fact she had collapsed days before.

It is not clear who posted the image and caption and if it was in fact shared by Roberts herself.

Fans flooded the comments section sharing their sadness, and various tributes to the actress, with photographer and make-up artist Troy Jensen writing: ‘Rest in power angel.’

Another fan wrote: ‘Rest In Peace, Tanya. You were amazing. This world is gonna miss you.’

Sadly, the actress’s death was confirmed by her reps on Sunday, stating that she was walking her dogs on Christmas Eve and collapsed on returning home.

She was rushed to hospital and put on a ventilator, but sadly didn’t recover.

An official cause of death is not yet known but according to TMZ, it is not believed her death was Covid related.

The star was known for her 1985 role in James Bond, as well as playing Julie Rogers on Charlie’s Angels in 1980, lasting on the show for one season alongside Cheryl Ladd and Jaclyn Smith, before the show’s cancellation.

Most recently, she was best known for playing Midge, mother of Donna Pinciotti (played by Orange Is The New Black’s Laura Prepon) on That 70s Show. Other credits include The Blues Brothers animated series, The Love Boat, Fantasy Island, Beastmaster and Sheena.

As well as an acting career, Roberts was also a successful model, posing for Playboy and appearing in ads for Ultra Brite toothpaste, Clairol cosmetics and Cool Ray sunglasses.

She was on the show for 81 episodes, running from 1998 to 2004 before leaving the series in order to look after her ill husband.

The star married twice – once to Barry Roberts, from 1974 to his death in 2006, and then later to Lance O’Brien. Roberts is survived by her husband and her sister, Barbara Chase.

Sir Rod Stewart ends feud with Sir Elton John: ‘I do love him’

It’s official: A ‘Sex and the City’ revival is coming soon

How the world has changed since Prince Harry and Meghan Markle decided to step...