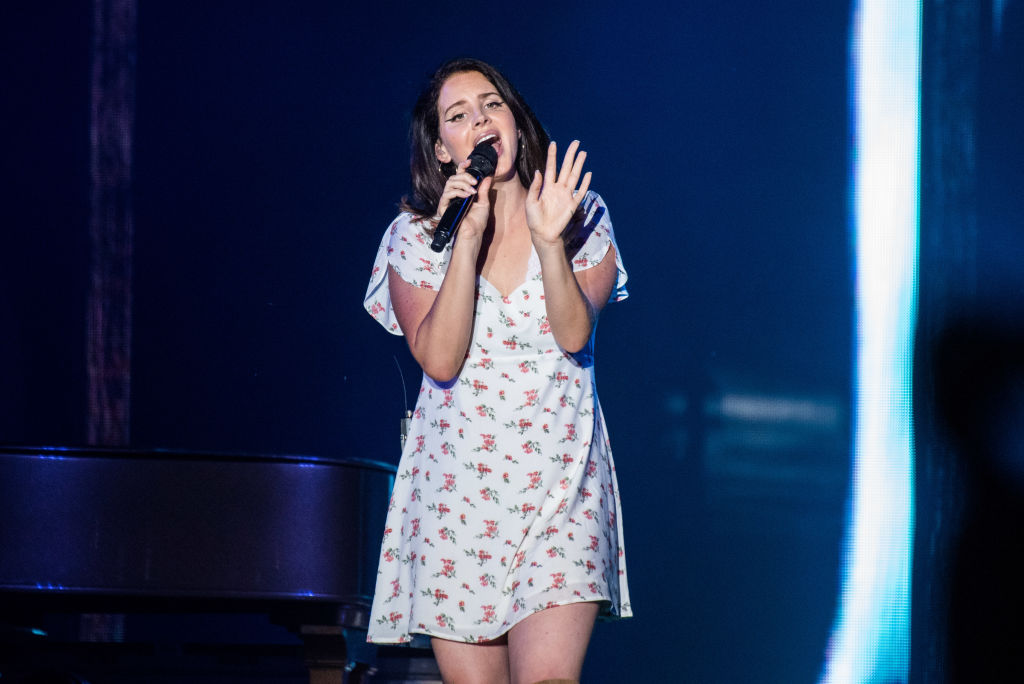 Lana Del Rey has accused critics of ‘trying to start a race war’, as she refuses to back down on her comments about the music industry.

The 34-year-old sparked backlash with an Instagram post in which she seemingly called out singers – mainly women of colour – including Beyonce, Nicki Minaj and Doja Cat for getting to sing about ‘f***ing and cheating’ while she apparently gets accused of glamorising abuse.

And after calling the accusations of racism ‘bulls***’, the Video Games singer has continued to double down on her original comments, saying she ‘remains firm in my clarity and stance’.

‘Despite the feedback from several people that I mentioned in a complimentary way, whether it be Ariana or Doja Cat – I want to say that I remain firm in my clarity and stance in that what I was writing about was the importance of self advocacy for the more delicate and often dismissed, softer female personality, and that there does have to be room for that type in what will inevitably become a new wave/3rd wave of feminism that is rapidly approaching. Watch!’

She continued: ‘Perhaps I could’ve given more context to my post by mentioning the title of the second book that would be out next March called “behind the iron gates – insights from a institution”.

‘I’m sorry that the folks who I can only assume are super Trump/Pence supporters or hyper liberals or flip-flopping headline grabbing critics can’t read and want to make it a race war, when in fact the issue was with *female critics and *female alternative artists who are disassociated from their own fragility and sexuality and berate more sexually liberated artists like myself and the women I mentioned.

‘But in truth making it about race says so much more about you than it does about me – you want the drama, you don’t want to believe that a woman could be beautiful, strong and fragile at the same time, loving and all inclusive by making personal reparations simply for the joy of doing it.’

The Born To Die singer concluded: ‘Nothing new here in your reaction. Same as ten years ago when a million think pieces came out about me feigning emotional fragility or lying about coming from no money when that was the truth.

‘My aim and my message are clear. That I have control of my own story. If the women I mention don’t wanna be associated with me that’s absolutely fine by me.’

While it is unclear what Ariana Grande, Doja Cat seemed to address the drama in a now deleted tweet reading: ‘Gang sunk that dunker’ – which some fans take to mean that Lana made her point.

Del Rey had went off at her perceived double standards in the industry in her Instagram statement, claiming that she was branded ‘hysterical’ for failing to put on a happy face in her music.

The Grammy nominated star wrote: ‘Now that Doja Cat, Ariana, Camila, Cardi B, Kehlani and Nicki Minaj and Beyonce have had number ones with songs about being sexy, wearing no clothes, f***ing, cheating, etc – can I please go back to singing about being embodied, feeling beautiful by being in love even if the relationship is not perfect, or dancing for money – or whatever i want – without being crucified or saying that I’m glamorising abuse???????

‘I’m fed up with female writers and alt singers saying that I glamorise abuse when in reality I’m just a glamorous person singing about the realities of what we are all now seeing are very prevalent abusive relationships all over the world.

‘With all of the topics women are finally allowed to explore I just want to say over the last ten years I think it’s pathetic that my minor lyrical exploration detailing my sometimes submissive or passive roles in my relationships has often made people say I’ve set women back hundreds of years.

‘I’ve been honest and optimistic about the challenging relationships I’ve had. News flash! That’s just how it is for many women.

‘And that was sadly my experience up until the point that those records were made. So I just want to say it’s been a long 10 years of bulls*** reviews up until recently and I’ve learned a lot from them, but also I feel it really paved the way for other women to stop “putting on a happy face” and to just be able to say whatever the hell they wanted in their music – unlike my experience where if I even expressed a note of sadness in my first two records I was deemed literally hysterical as though it was literally the 1920s.’

In the same post, Lana confirmed that her new album will be released in September, just over a year after the release of her critically acclaimed sixth album Norman F***ing Rockwell!

Ant and Dec bring back PJ and Duncan to troll Gary Barlow for his...

Phillip Schofield seen arriving at new flat as he moves out of £2million family...

Van Der Valk viewers fume as they spot major error with accents: ‘Where are...

Harry Potter’s Matthew Lewis is well aware he only had one line in Half-Blood...