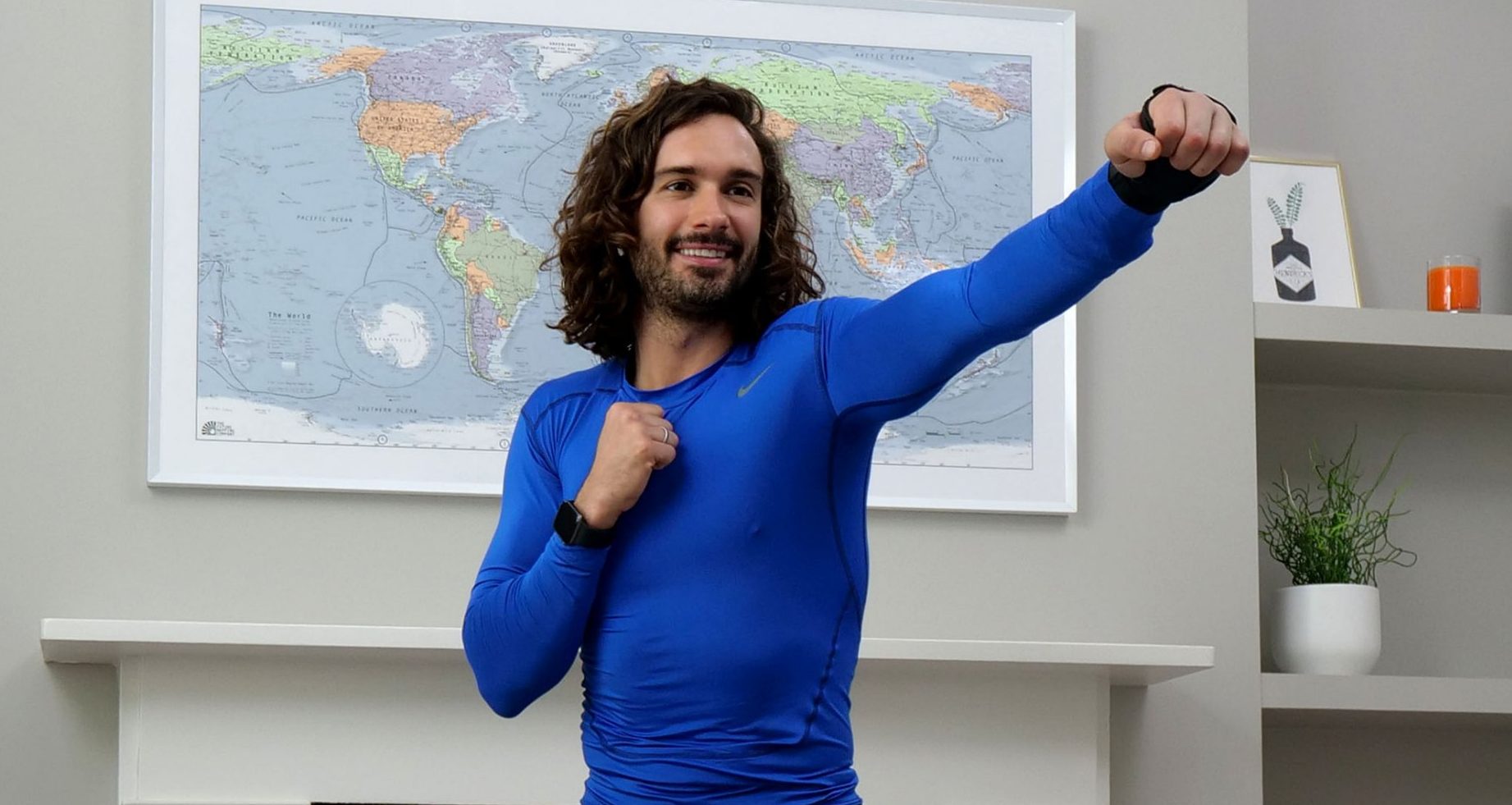 Joe Wicks has reportedly been nominated for an OBE after becoming everyone’s favourite PE teacher with his daily YouTube workouts.

The Body Coach star has been keeping us all fit and active as well as raising a whopping £350,000 for the NHS – occasionally with some help from his wife Rosie, and sweet daughters Indie and Marley.

Now, his fans are said to have nominated him for the coveted Honours list.

A source told The Sun: ‘Hundreds of requests putting his name forward for an OBE have been handed to the Honours committee.

‘Many have been written by children who think Joe is fantastic.’

They added: ‘Getting an honour from the Queen would be the icing on the cake for Joe.’

Joe, who boasts a following of more than two million on YouTube, has been making sure we get our daily exercise in with his wildly popular workouts, which often include the likes of quizzes and the beloved Fancy Dress Friday.

And, aside from the huge amount he’s raised for the NHS, it seems Joe’s very in demand, with claims that major sports labels are fighting over him.

Meanwhile, it’s been reported that the dad-of-two has raked in a whopping £1.2 million so far, with fans flocking to take on his 90-day diet and exercise plan, which costs £97.

The Sun stated around 13,000 people have signed up, in a bid to get fit with the extensive programme.

‘Joe’s business has been thriving,’ an insider revealed. ‘The figures have been phenomenal from a business perspective.

‘There are costs to pay but it is going to bring in a nice profit for him.’

Joe became a household name from his popular YouTube channel and workouts, as well as his cookbook Lean In 15, which he recently revealed allowed him to buy his mum a house.

MORE: Lana Del Rey accuses critics of ‘trying to start a race war’ as she refuses to back down on Instagram comments