Home Entertainment Martin Clunes could have played the Ninth Doctor according to former showrunner... 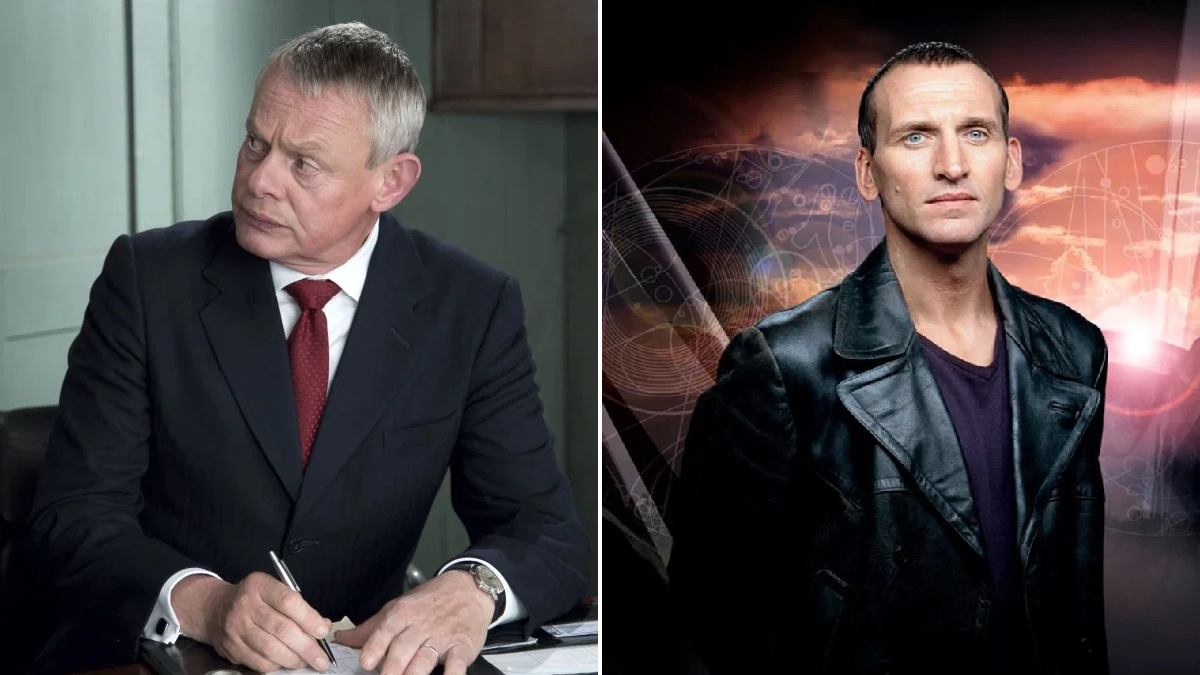 Former Doctor Who showrunner Russell T Davies has claimed that Martin Clunes was one of the choices to play the Ninth Doctor in the rebooted series.

Christopher Eccleston ended up taking the role for the 2005 revival, but the writer revealed that the Doc Martin star also read for the role, Hugh Grant was also offered the part but declined.

In conversation with Doctor Who Magazine, Steven Moffat (who replaced Davies as head writer for series five) asked him about the casting process for the Ninth Doctor.

‘I think you were considering Hugh Grant and Martin Clunes. If you’d cast either of them, how would you have phrased the ‘not posh’ note? Because good luck,’ Moffat teased.

Previously speaking to Digital Spy, the Cucumber scribe previously revealed that Love, Actually star Grant was sent the script for the rebooted series, but it ‘never got past his agent.’

It will be news to Doctor Who fans, though, that Martin Clunes was also involved in the casting process – what could have been!

To be fair, both he and Christopher Eccleston do have the ears for it, right?

Davies also previously admitted that, if he had his time again, he would have cast one huge star as a reincarnation of the Doctor – Dame Judi Dench!

The Welsh writer said he would have made Dame Judi the first ever female Doctor during the series four two-part finale, where the Tenth Doctor (David Tennant) underwent a short-lived regeneration.

‘If I had my time again…I’d have MILKED that,’ he wrote when referencing the traumatic scenes that saw David getting shot by a Dalek.

He soon returned to his Tardis, prompting Russell to say: ‘I’d have cast a whole new Doctor, a superstar for ONE scene.’

Listing off a number of celebs, he continued in a separate tweet: ‘Ian McKellen! Judi Dench! Have them run around the Tardis. Then discover the hand, and regenerate back. IMAGINE!!! Why didn’t I?!’

Doctor Who is available to stream now via BBC iPlayer.

MORE: Matt Smith and Karen Gillan were almost cast in Merlin years before Doctor Who fame

Games Inbox: Final Fantasy 7 Remake worth the wait, next gen game sharing, and...