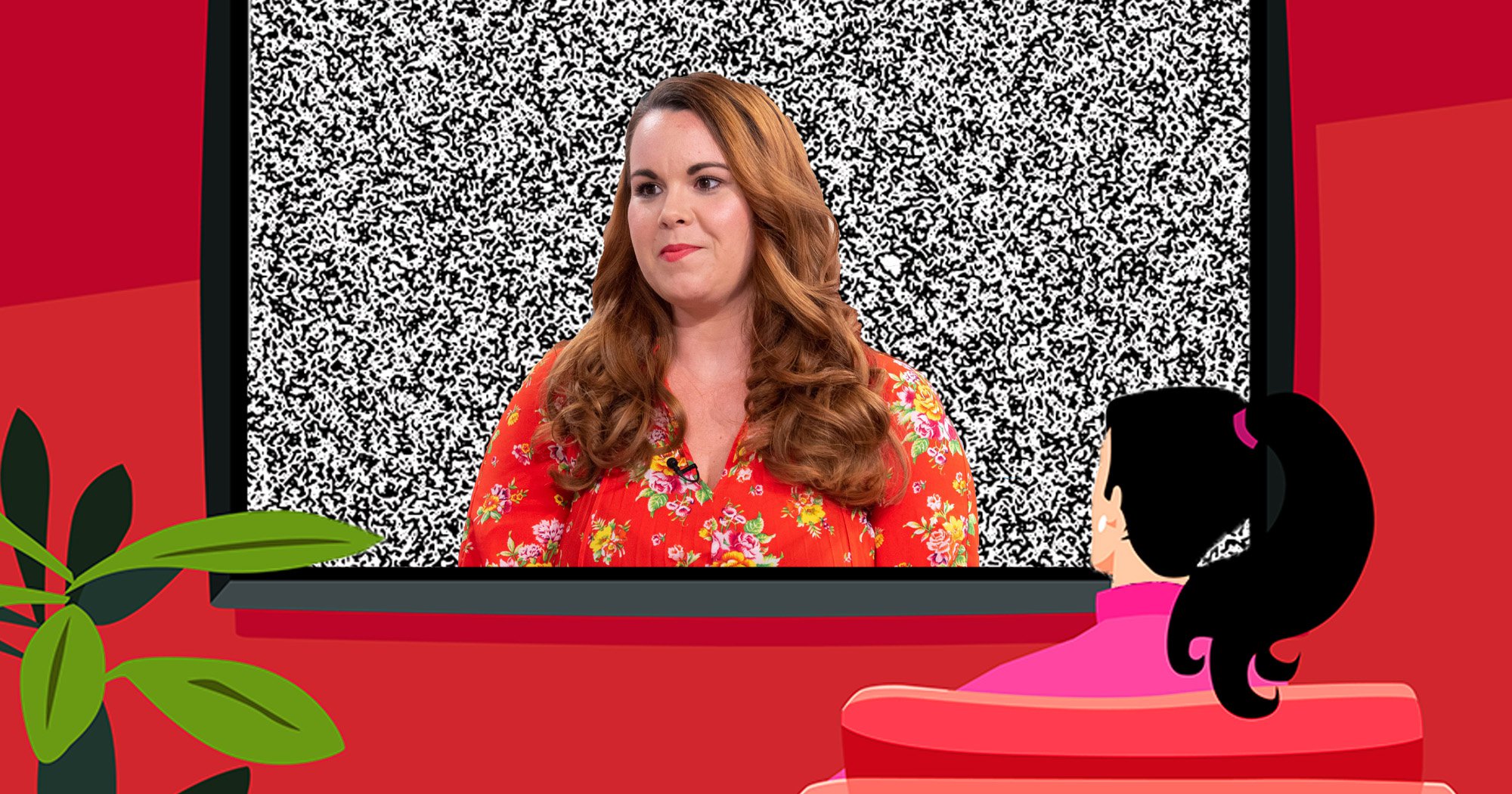 We’ve done it guys – we’ve found one of the last people with a Netflix account who hasn’t succumbed to watching Tiger King just yet… and that person’s mummy blogger Harriet Shearsmith.

A mum to three children under the age of 10 though… and you can kind of forgive her, and while they’re on lockdown, Harriet has more than enough on her plate as she keeps fans updated with tips and tricks her TobyAndRoo website.

It’s all worth it though, and speaking to Metro.co.uk, Harriet said: ‘We’re being asked to stay home, watch TV and eat loads of snacks to keep vulnerable people and our elderly safe.

‘If they could live through war time, rationing and mass evacuations… Well, I think we can pull this off for them!

‘For parents, use the community on social media to help out with home schooling ideas and stay sane, I’m sharing daily updates on my own channels – we can do this together!’

So… what’s Harriet recommending? Is she having to keep her viewing habits PG like Giovanna Fletcher in case the kids come in? Maybe she’s living her Sex And The City fantasies like Vick Hope?

What are you binge watching right now?

I’m currently binge re-watching Buffy the Vampire Slayer – I haven’t watched it for years and the teenager in me is still convinced it is officially the best TV program ever made.

100% a blast from my past, and I’m loving seeing all the things I’d forgotten existed like the huge computers!

What show do you find yourself always going back to?

If there was one TV show I could re-watch over and over again, it would be The Walking Dead.

Can never watch too much of that!

What was the last show you sat and binge watched in one sitting?

Season 1 and 2 of Derry Girls, we watched it all in one sitting last week after the kids went to bed.

The TV show before that was The Witcher, which we binged in two nights – it was so good, I’m so looking forward to another season!

What was the last show to make you cry laughing?

Brassic of Sky One. That show was hilarious! It made me really giggle, but then occasionally threw in some really deep moments.

The whole show is calamity capers to be honest, so I would struggle to choose something that made me laugh more than anything else.

It’s coming back for Season 2 (and they are filming season 3) really soon so if you haven’t seen it, I’d crack on.

What was the last show to make you cry?

Hunters on Amazon Prime. I felt conflicted knowing that it had sparked controversy, but once we started watching it I was hooked.

I think as a whole series there wasn’t an episode where I didn’t cry, because whilst the series might have been fictional and perhaps rather problematic, just knowing that the Holocaust happened, knowing that some of the portrayals throughout the series will have been pretty close to fact, was beyond heartbreaking.

It isn’t one for the faint hearted.

Do you have a show you didn’t expect to love but did?

For me, it’s Love Is Blind. My goodness what a ridiculous, but utterly entertaining program. I became obsessed.

I needed to know more with each episode and I just felt like I couldn’t stop watching.

Why? How? Are they all insane? I loved it and I really didn’t think I would!

What show do you think more people should be watching right now?

My go-to suggestion if you want a Sci-Fi show to binge, would be Chilling Adventures of Sabrina on Netflix, as there are three seasons of that now.

But if you want something hilarious with some really powerful underlying messages, I would strongly recommend Sex Education on Netflix. T

he show is brilliant, and Ncuti Gatwa has coined the phrase of 2020 with “Wash your hands you detty pig”.

What show have you been meaning to binge watch, but haven’t got round to yet?

Tiger King – everyone is shouting about it at the moment and it’s trending, so I really want to watch!

I’m also meaning to watch Save Me, Chernobyl and Succession – everyone rages about those but we just haven’t got round to them! Now we can’t go anywhere, I think we will!

More: What I Binge

What was the last show someone recommended you watch?

My husband makes me watch loads of TV shows that just aren’t my cup of tea, but I watch them anyway!

The one that springs to mind, and I know it’s a popular one so forgive me now, was White Gold. I hated it. Literally never made it more than eight minutes into an episode without falling asleep or rolling my eyes so much I ended up with a headache.

In fairness though, he hates fantasy/sci-fi and I watch loads of those types of shows so I will let him off.

MORE: What I Binge: Giovanna and Tom Fletcher on why they have to avoid Sex Education during coronavirus lockdown

MORE: What I Binge: Taskmasters’ Alex Horne on the surprising allure of Broadchurch as he tells you what to watch during coronavirus lockdown

Liam Gallagher and Lewis Capaldi bring NHS Fest raffle to a halt because so...

Myka Stauffer: Backlash after YouTubers give up adopted son